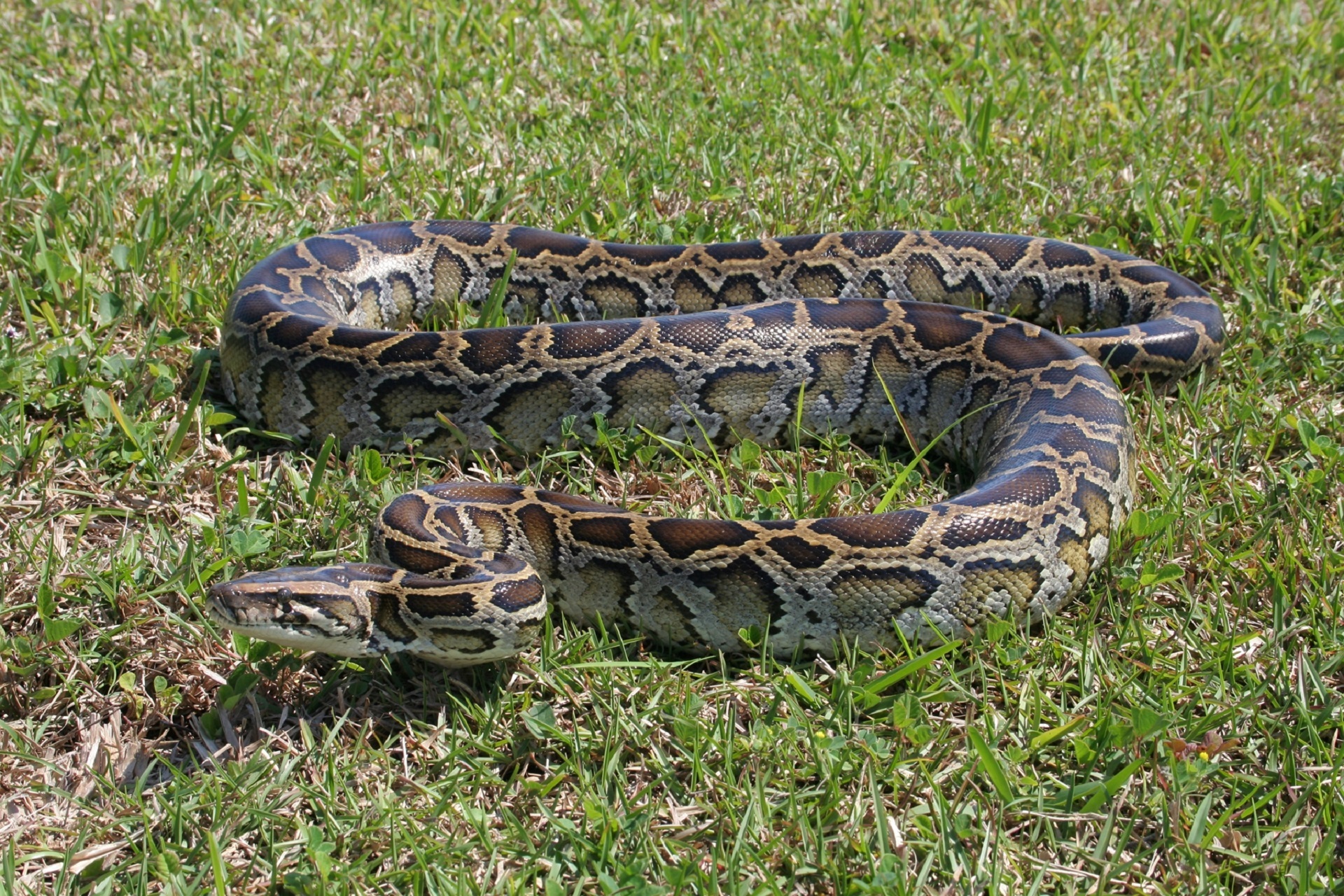 It all began one fine Sunday just after we came back home from church.

(Now, it turned out a Fulani man had come and called him to go and help him in the countryside, because a python had caught his sheep was about to swallow it.)

So off Stephen went to the place where the Fulani man had his flock of sheep and herd of cattle. He saw the python! It had caught the sheep and swallowed it but as it swallowed it didn’t quite manage to swallow everything. So it just rose up and slithered off to hide in the undergrowth and try to swallow its feast. Now, as it lay quietly there, Stephen crept forward and got a look at the python. There it was, very close, but then as he tried to work out how to attack it he couldn’t work out where to stand and shoot. The python had crawled into the grass, rolled up and very cunningly hidden its head in the middle, buried inside its body.

By now Stephen had been joined by ‘Coach’ (that’s what we call Naomi’s son Jona). Coach took his own gun and shot the python again. At that, the python started losing strength but it still had some power left. It still struggled to slither off into that forest. Stephen went and caught it by the tail again. He dragged and dragged and dragged it and again it turned its head and came back at him and again Stephen let go!

It turned out the Fulani man also had his own gun and he took a shot at the python. Finally the strength of the python was exhausted and it finally just lay still and everyone beat it to make sure it was properly dead.

But what about the sheep?

Well as the disturbed python came out from where it had been quietly trying to swallow the sheep, it had vomited it out. But it was too late to save it. So now they took the sheep and slaughtered it and brought it home.

As they reached home, we ran there to meet them. We saw they had a sheep and a python. Soon the whole town of Kondoro came out as if they’d been summoned to a meeting, and we all gathered to gaze at the python. What a great feast we had that day!